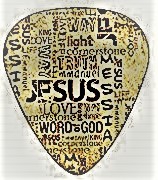 My quirky lifelong hobby was easy, entertaining and engaging— a magic combination for my twisted mind. It involved spouting off memorized dialogues from a few languages I had studied-- Russian, French, German, Italian, and Spanish--for the purpose of, well, amusement. Usually my own.

And it seemed to suit my jack-of-few-languages-master-of-none mentality, which implies, Don’t ask me to communicate, just wind me up, let me rattle off my nonsense phrases, and at least one of us will have a really good time.

No one had ever challenged me, until that fateful evening in July 1969. As a newlywed, I was meeting new relatives for the first time and wanted to make a favorable impression. So when Uncle Roy brought out his guitar, requesting a mini-concert for the group, I was game.

Handing me his exquisite, hand-carved Spanish guitar, he ushered me to an antique velvet chair beside the stately fireplace. Seated center-stage with this classic instrument, I smiled while scanning the crowd for a friendly face on which to focus. Ah, there it was: Uncle Roy’s, beaming ear to ear, eager and expectant.

The crowd was hushed. I mentally scrolled through my repertoire, searching for that perfect piece for this memorable moment. Hmm, my Spanish Love Ballad has always been a crowd-pleaser, I mused. So I took a deep breath, and began to strum and sing.

Now, for some reason, I had never bothered to learn the real words to this tender Spanish love song. But, not to worry! As usual, I’d plug in some old Spanish dialogues and no one would be the wiser.

Folks swayed to the soft rhythm and lilting melody of this romantic ballad, totally unaware of my substituted lyrics which were, to the unsuspecting ear, actually quite lovely.

In reality, however, the first verse translated thusly:
"A fat girl ... with fingers as chubby as pork sausages was picking tomatoes off the vine...." ‘

I kept smiling and singing; they kept listening and swaying. This was going well.

So, onward to verse two, which translated:

“Oh, Papa! My kitten, Pancho, has escaped! Quick! Have you searched under the staircase? No!       Look out in the street! Oh no, poor little Pancho! He will be so frightened with all that noisy traffic....”

Midway through the third verse, I caught a glimpse of Uncle Roy, wide-eyed, frantically trying to adjust his hearing apparatus. Why had no one bothered to tell me that this man had spent half his life in South America, and was fluent in Spanish?

I wanted to make a lasting impression. Indeed I had.

Did it deter me from spouting off my nonsense phrases? No. But it did teach me to carefully survey the crowd before doing so.

Thankfully, my memorization habit was not for nought. The day came, soon afterward, when I invited Christ into my life and began to commit worthwhile words to memory--real words from the Bible.

His priceless, powerful promises from Scripture began penetrating my mind and heart. I would never be the same. Before long, I discovered these to be the genuine crowdpleasers, words that had the potential to change lives, mine and others’--guaranteed to put a smile on your face and a song in your heart.

Let the word of Christ richly dwell within you . . . with psalms and hymns and spiritual songs, singing with thankfulness in your hearts to God. - Col. 3:16