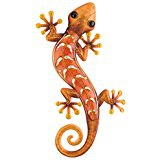 "Anyone who says little things don't matter has never been in bed with a mosquito."  -some wise sage

I shoulda seen it coming. But no. This Colorado girl just had to fling open all the doors and windows at the first hint of a cool refreshing morning. In August. In Texas.

Unbeknownst to me, by the time I closed everything up and crawled into bed, an entire mob of mosquitos had crawled in there with me. They had gathered all their friends and family for a feeding frenzy around my pillow.

They were donning their bibs. I was grabbing my zapper. This was war. And it wasn't going to be pretty.

I'll spare us both the embarrassing details of my through-the-night critter combat. Suffice it to say, their team came out the victors. I became the spoils. Oh, did I mention I'm not a fan of insects? They really do. . . bug me.

Do I get a witness?

I recall our 1988 missions-training meeting—and the conversation between the African missionary and a 16-year-old girl preparing to go there:

"You'll likely encounter numerous geckos on the floor where you'll be sleeping,” said the missionary.

"What are geckos?" she inquired innocently.

"Geckos are a type of lizard."

"Well, actually, geckos can be our friends."

I could see her mind churning…"lizards…bugs….lizards….bugs….." She raised her hand again.

"Excuse me, how many geckos will be issued per room?"

So often we’re faced with a choice, between

the good, and the better

the right and the "righter"

the bad and the "worser"

and in those times, God promises His wisdom—perfect because,

and to His Word for wise counsel.

And you thought you weren't a fan of lizards.

Postscript: A nifty prize awaits whoever can issue me a couple geckos for my room. . . and an even niftier prize for one who can justify the existence of mosquitos.

"Trust in the Lord with all your heart. Lean not on your own understanding.

In all your ways acknowledge Him and He will direct your paths." -Prov. 3:5,6

When  has God been faithful to reveal His will, His way, His wisdom and/or His work in your decisions or dilemmas? How did it affect your choices, your relationship with Him?